When the trade war between global trade superpowers the US and China began back in June 2018, very few importers of consumer goods seemed to get alarmed. Hardly anyone, not even policymakers or global trade pundits thought it would continue to the level it has reached anyway.

Although the American government was already levying significantly massive worldwide tariffs on both steel and aluminum goods, no significant direct impact was expected on the importation of consumer products. Besides, most people assumed that the US and China would sign a truce, and the entire global trade war would disappear as suddenly as it had appeared.

Fast forward to October 2018, and it became clear that the assumptions could not have been more premature. The global trade war is persisting as we speak. In fact, it has even grown worse, with two rounds of importation tariffs charged on Chinese products entering the US — targeting goods valued at over $200 billion — prompting Beijing to respond in kind. 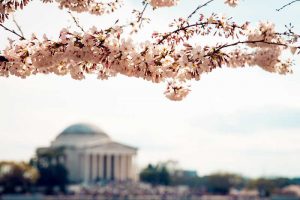 Whether to change the supply chains

With the latest developments in global trade, many importers of consumer goods are now considering whether to improve their supply chains by shifting to other source destinations. While finding alternative low-cost nations can be a viable option, no single source can replace the manufacturing powerhouse that’s China. The East Asian giant’s established infrastructural framework and huge labor market give it an edge on cost despite the massive tariffs.

While there are several low-cost destination options worth considering, moving your production source to a new supplier could come at a high expense because of ramp-up time, sampling, extra shipping costs, etc.

China’s already established manufacturing economy could offer advantages that you may not quickly get elsewhere. However, for an importer who makes all of their goods using necessary materials like all-plastic products, they may find it easier to shift production away from China. You could even find opportunities within the US and take advantage of highly automated production and lower shipping costs.

As for those importers who make their goods utilizing different materials across varying categories, you may find moving out of China harder because you may not get a single low-cost destination that makes all the products you need.

Although the world-class infrastructure in China can tremendously reduce shipping costs relative to surrounding Southeast Asian nations, if your new supplier is located in Latin America, the nearness to the US can make shipping costs lower than if you were getting products from China.

China has built a lot of manufacturing expertise over the years. With its tremendously productive workforce, it can produce so many types of goods. There’s hardly any other country that combines that level of expertise with as deep a labor pool as China does. Hardly any low-cost country can beat that combination.

Indeed, we’re dealing with an unpredictable future as far as the ongoing global trade war is concerned. If, as an importer, you’re considering moving your production to an alternative sourcing location, then you need also to ask yourself how the global trade arena would look like if the current tariff regime suddenly changes. Most importantly, how would you cope?

Don’t rush into making decisions. Keep your options open. Don’t burn your bridges even if you decide to shift your production away from the Chinese market. And, don’t compromise on quality also if looking for cheaper supply options. Do a thorough audit of any suppliers you may decide to shift your production to and hire the inspection company to make sure they meet the required quality.

How the U.S.-China trade war became a conflict over the future of tech

4 Challenges for importers sourcing and importing from China